Company acquisitions can be exciting times, but they can also create concerns about job security and the culture of the new management.

As an employee, understanding your role during times of change is critical to creating a positive impact on the existing culture and the future of the organization.

To help SEMA-member company employees thrive during corporate climate change, the SEMA Businesswomen’s Network (SBN) is hosting a live webinar focused on gaining a better understanding of the acquisition process.

Kawasaki has successfully led his own team through multiple acquisitions and will share his best-kept secrets for what employees need to know. 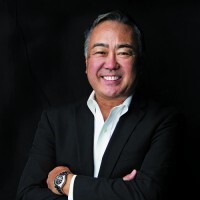 I am blessed to have built a career around an industry that brings me such joy. The automotive aftermarket industry is built on passion, and like many other members of our community, I was an enthusiast long before I made my living with automobiles. It has been quite the journey, from sweeping floors at my father's gas station, starting and building multiple aftermarket companies to making decisions that affect the 51-billion-dollar automotive aftermarket. It is an honor to continue this journey and nurture a lifetime of relationships along the way as President and CEO of Legendary Companies (formerly Coker Group).

My industry peers have recognized me for the following:

Additionally I have held key elected positions and appointments including 3 consecutive terms on the SEMA Board of Directors, 2 terms as SEMA Secretary / Treasurer, 2 terms as Chairmen of the SEMA Show Committee and was appointment by the United States Secretary of Commerce to APAC, Automotive Parts Advisory Council.

I have also undergone Board Source, a non-profit board consulting association, "Governance as Leadership" Advanced Practitioner Training Programs and served as the Chairman of the Governance Committee. In addition I have traveled extensively as a businessman, speaker, and consultant overseas including Europe, Japan, China, Australia, New Zealand, Saudi Arabia, throughout South East Asia and South America.